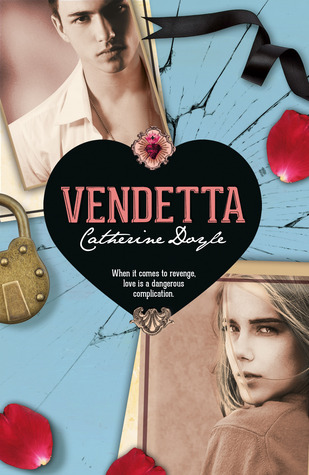 This story is B A S I C. I finished this book in one afternoon, so at least I can say that I didn’t waste too much time on it. And the fact that I am most definitely going to waste MORE time continuing with the series has to say something. Okay, so, this book isn’t anything like what I normally read. I went into it thinking that it might be something like the Paper Princess series, but hopefully more real/gritty/murdery than that series. (Paper Princess is a 100% guilty pleasure series for me, it lacks substance and has so many issues, but for some reason it’s totally addictive). I kinda(?) got what I was expecting, but totally not at all in some aspects. There is a family of attractive brothers, some white knighting, and a bit of a family mystery, but the similarities stop there. This book is definitely more PG than I was expecting, and wasn’t as much a romance as it was a contemporary/mystery/I don’t even know how to classify it.

First, I want to recommend that you go into this book without reading any in-depth reviews. I have a suspicion that it’s a much better story if you go in cold turkey and don’t have any spoilers. I read a couple reviews before I started this book, and because I already knew what was going on behind all the lies, the big family secret that was being kept from Sophie was something I already knew about. Reading the whole book, seeing everything that happens, and also knowing the things that Sophie doesn’t know ended up being frustrating. I wanted to yell at Sophie to open her eyes and to start asking questions instead of brushing everything off and downplaying all the out of the ordinary things that were happening around her.

Pros:
-A strong female friendship. Millie is BFF goals and I wish we got to see more of her in the story.
-There’s something stupid addicting about these damn brothers that makes you want to uncover their secrets.
-Loving, dress making mom that I want to know more about!

Cons:
-At first I liked that each chapter had its own “title”, but after a while I realized that these hints would always give away something from the chapter, and this ruined the suspense in some cases.
-Sophie is super naïve, and a lot of the book was wasted on her being oblivious. In the words of Felice: “since I cannot fathom whether you are playing dumb or actually being dumb, I shall elucidate”. I feel you Felice; Sophie needs to get a grip.
-Insta love, cliché plot, predictable twists
-Literally nothing happened til the ¾ point but I read it so fast that I don’t really care?

There’s a lot of talk about what’s right and what’s wrong, vigilante justice, family over everything , etc etc, and I found it hard to agree with everything that went on. I was literally rolling my eyes at the whole conversation when Nic “comes clean” to Sophie about everything that’s going on. It seemed so fake and cliché! I’m struggling to write this review without spoilers, but basically Sophie knows that she morally doesn’t agree with the actions of the Falcone family, but she rationalizes it because she has a crush on one of them. She voices her feelings at one point, but very very easily is swayed to forget about it with some sweet talking and kissing.

“This life is so complex that we rarely get to be the people we are truly meant to be. Instead, we wear masks and put up walls to keep from dealing with the fear of rejection, the feeling of regret, the very idea that someone may not love us for who we are deep in our core, that they might not understand the things that drive us. I want to study the realness of life, not the gloss. There is beauty everywhere; even in the dark, there is light, and that is the rarest kind of all.”

The main characters in this book are 16-19 year olds, and I really found it hard to believe that they realistically would be involved in the things they were at such a young age. Ignoring that, it seemed like these “things” they were involved in took waaaay too long to come about. The story didn’t actually get interesting until the halfway point, and even then most of the action was crammed into a couple chapters. The end of the book left me feeling really conflicted, and I’m not sure how I feel about how everything was left off.

We got some character development from Sophie towards the end, but unless she does some drastic maturing and is less clueless in the next book from the start, I don’t think I’ll make it much further in this series. I’m hopeful because of the revelation about Sophie’s mom, and I think the only way I’ll stick with it is if Sophie and her mom become a badass team and come out guns blazing in the next book. I honestly can’t come up with a reason why I’m continuing with a two star series, but the best I can come up with is that the story still feels like it has so much potential and I want to find out if it all fizzles out or if we end up with something worthwhile.

**The main thing I want to say after reading this whole series is to please push on and try to get into the next book! I think this series has one of the best girl friendships of anything I’ve read recently, and the story itself is SUPER addicting!