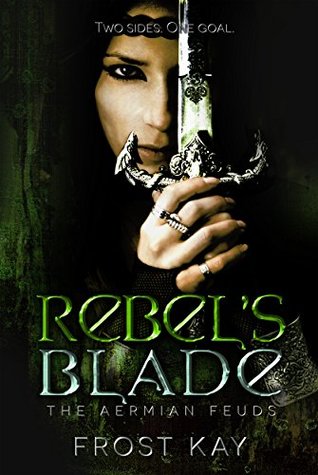 Unfortunately this book wasn’t for me. EVERYTHING fell flat. There wasn’t much plot at all, and sadly I think this could have been a great start to a series if we were given more action and less small details. Also, a complete remake of Tehl’s character should have happened, he’s awful. My guess is that this story was drawn out so it could be made into a series, when it would have done better as one or two books instead. Not to mention the one dimensional characters and stilted dialog.

The writing was a little simple, and could have been edited a bit better. There was a lot of repetition when it came to using the characters names (Sage did this, Sage did that, Sage walked here), and when it came to using descriptors (“Tehl took the last bite of his last hot cake”; “Jacob, the palace’s most-prized healer: the Healer”) when there were plenty of replacement words that would have done the job just as well and not sounded repetitive. There was also continual reminders that Sage was a woman, and that women in this world didn’t train or fight. The men were constantly in awe that she wore pants and actually had a personality. Sage holds her own in a fight, and then there are pages and pages of the guys talking about how crazy it is that a woman could ever do that, especially a woman that is pretty and looks like a “curvy little pixie”. There are basically full chapters of this: “So you’re telling me you were bitten by rat and a woman, got your nose broken, had your lip busted, and are suffering bruised ribs, all from a pint-sized woman?” … “Men’s clothing? Interesting choice. So improper. You have to know the ideas you inspire when you showcase your body in such a manner.” … “They’re sending women to do warriors’ work now?”. We get it, women aren’t respected in this book’s setting, can we get some actual plot?

I liked the dynamic between Tehl, Sam, and Gav; they’re royals, and therefore “the enemy”, but they’re weren’t portrayed as evil or unlikeable. Although I didn’t mind Thel and Sam’s chapters, I definitely would have liked more chapters from Sage’s POV. In their chapters, Tehl, Sam, and Gav spend half their time talking about women, which just circles back to all my complaints in the last paragraph. I also felt like the story moved very slowly, and there wasn’t much plot advancement throughout. The book was short and easy to read quickly, but not much actually happened. By the halfway point, the only things that had happened so far were Sage getting captured, hurt, brought to medical, and relocated. Plus Tehl’s trip to the border to check on the evil neighboring country, which we still know like nothing about. Surprisingly, the king was one of my favorite characters, and his interactions with Sage were the best pages. I did like Sage as a character, but it felt like we weren’t given enough detail to be able to get to know her as well as we should have. Tehl was super annoying, and I think we we’re supposed to feel bad for him (?), but he was completely socially inept. He fakes the intent to rape Sage in order to try and scare her into giving up secret plans, if that tells you anything about him. Plus he is constantly “forgetting” that Sage was assaulted and is always accidentally grabbing her, and even taking the time to smell her in more than one of these moments. For example:

“Tehl spread his fingers and widened his grip on her thigh. Soft skin pressed into his calloused hand. Were all women this soft? And where was that cinnamon smell coming from? Hunting for it, he ran his nose along the column of her neck. The aroma was stronger behind her ear, intoxicating. His mouth watered. Tehl wanted to run his tongue along her tender throat. His hand shifted on her thigh, and his thumb met the end of her sheathed blade. Tehl snapped back to reality. She wasn’t just a warm, soft body; she was dangerous. He scowled at the faint tremors wracking her body.
“P—please, don’t touch me,” she stuttered out.
Guilt flooded him at what she must be experiencing with him practically mauling her. But then anger burned through his veins, overriding the guilt.”

She’s a traumatized victim and has been assaulted recently, and he knows this, but he can’t stop himself from smelling her because “oh cinnamon”. He’s basically an utter idiot and creep, and I really hope (for the sake of anyone that dares continue with the series) that he doesn’t become the main love interest, because all the shit he has pulled so far was totally out of line and I don’t see how there could ever be any redemption in order.

You know it’s a bad sign when you’re more than halfway through a book and you find yourself daydreaming about what book you’re going to read next. Especially when the book you’re currently reading is part of a series, and you already know that you won’t be continuing on to the next book. The point we reached at the end of this installment should have been the middle of the book, and much more should have happened before the conclusion. The content of this book could have been edited down into half the pages and made up the first half of the debut novel, with more plot making up the end, and then MAYBE we would have had something that wasn’t an utter waste of time.