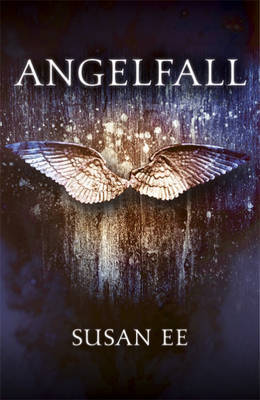 “Who will guard against the guardians?”

Penryn has had it rough from an early age- her mother is a schizophrenic that is sometimes prone to violence. Having a schizophrenic mother that is in and out of the picture throughout the novel added a whole separate set of challenges for her to deal with. Penryn’s sister Paige has been paralyzed since a young age, and their father left them alone with their mother a little ways back. But none of this holds Penryn back; she has taken years of classes on how to defend herself and to fight, and nothing is more important to her than keeping her sister safe.

Pros:
– swords that must give you their permission before you can use them, 1920s themed clubs, scorpion-angels
– badass independent female MC
– forbidden romance, resistance camps, post-apocalyptic survival setting

Cons:
– tone was a little more YA than what I’m usually into

The tone of this book was pretty young, but I found myself not minding it too much. I think I would have enjoyed reading this much more a decade or so ago, but I knew what I was getting into and didn’t ask more of this book than what I knew it could provide. The pace was super consistent throughout the story, and I flew through this book in less than a day. Penryn is a likeable main character, and the chemistry of putting her and Raffe together worked well. They have some great dialog! There is enough danger and violence to keep things tense, but none of these moments felt like they were thrown in just for shock value or just for the purpose of driving the plot progression, and I liked the atmosphere of the post-apocalyptic world that was painted.

“I am, of course, rooting for the humans. But I already have more responsibilities than I can handle. I just want to be an ordinary girl living an ordinary life. My biggest concern in life should be what dress to wear to the prom, not how to escape a paramilitary camp to rescue my sister from cruel angels.”

The last quarter of this book was amazing and super unexpected. I couldn’t stop reading and was shocked over and over again by what was happening. It was bloody and gruesome, while at the same time almost having a sci-fi vibe. We were given some answers, but also presented with some new aspects that filled me with all kinds of questions about where things will go from here. I was in a bit of a reading slump going into this one, and its fast pace catapulted me right out of the slump. I’m excited to keep going with this fun and easy series, and hopefully things stay just as consistently good from here on out!