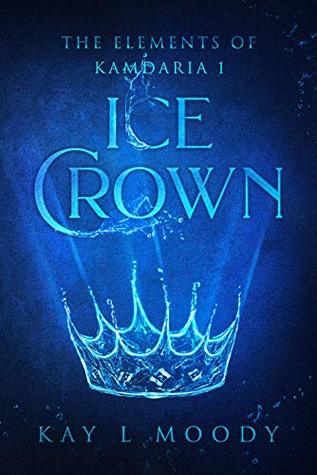 The first third of this novella took place when Talise was 7 years old, and showed her journey from the Storm (the dangerous area the poor live in) to the Academy where she started training for her talent in shaping. This look into the past allowed for some insight into Talise and where she came from/who she cares about, and also provided the building blocks for the story while teaching us about the world she lives in. Following this section of backstory, the narrative jumps ten years into the future, catching up to Talise just before she is due to compete in a trial that will decide what the rest of her life will look like.

Cons:
– MC is naturally amazing at everything and doesn’t really have to try
– not enough detail when it came to characters
– storytelling wasn’t descriptive; we were told everything instead of being shown
– abrupt ending, not much of a climax, no urgency

Some of the writing felt a little simplistic to me, and wasn’t descriptive enough for my taste. Everything was told to us instead of being shown; while this is a short novella and things need to be presented quickly, I do think these explanations could have flowed better instead of just being delivered as statements. (For example: Marmie keeps telling Talise things that Talise already knows, and it is obviously only there for the benefit of the reader.)

If you can’t enjoy a story where the MC is super talented and succeeds at everything, than stay away from this one. Talise is the best and everyone knows it, and she is able to adapt and learn things faster than everyone around her. Maybe seeing some of what she went through during her 10 years of training would have helped show any sort of struggle she had or any work she had to put into being as good as she is, but the way it is presented to us is that Talise was always talented and ahead of everyone else. (It takes Talise 3 DAYS to master something no one in history ever has ever successfully attempted.) This takes away from the gratification of seeing her succeed at things, and while I still enjoyed the story, I would have liked to see her face more challenges.

“Talise had spent the past ten years keeping her promise to Marmie, training hard with the intent to win. She’d been the best for so long, she stopped worrying about the competition years ago. Everyone knew she was going to win.”

The friendship between Talise and Wendy was adorable, and Wendy had an amazing personality. I would have liked to be able to get to know the side characters better; it wouldn’t have hurt to add some more length to the story and included background info on Wendy and Aaden. The magic system was fun and having the characters be able to shape and use the four elements in all kinds of ways was an interesting concept. I’m looking forward to seeing more of magic’s applications in this world and how it is used in different settings.

Ultimately I was left intrigued but a bit unsatisfied. I think the author probably could have combined all the novellas into one longer story, added more descriptive writing and details, and been much more successful. This book finished on a weird sort-of cliffhanger, with no climax; the competition they were all training for and that was the center of the story hasn’t even happened yet. It felt like I read the first half of a book that then proceeded to abruptly end. As it stands, I will be continuing with the series because I did enjoy the overall premise and am hopeful that the writing and storytelling will increase in caliber from here.