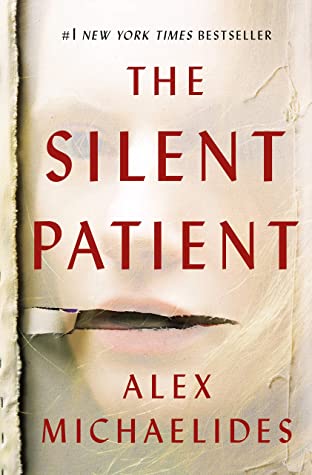 The Silent Patient moved pretty slowly in the first half; things were revealed along the way in bits and pieces, and served as enough to string the reader along and keep the ongoing intrigue alive. Journal entries were peppered throughout that were written by Alicia before she went silent, and they gave the reader insight into Alicia and the story that the narrator didn’t have access too. A lot of this story is about the narrator, Theo, and what is going on in his professional and personal life as he tries to get Alicia to open up. His motivations are dubious, and he’s a pretty questionable character himself.

“I wrote down everything, word for word, capturing it as precisely and accurately as possible. As you will see, it’s an incredible story—of that there is no doubt. Whether you believe it or not is up to you.”

The fact that this book had a bunch of short chapters made it really easy to fly through the pages. As I said, the plot moved slowly, but it was a slow burn and the ending was definitely worth it. Some people are saying the ending was predictable, and I don’t want to spoil anything so I won’t go into detail, but it totally caught me off guard. I had some suspicions along the way, but I never anticipated the way things turned out. Maybe it would have been more obvious to me if I read this genre more often- personally I thought the ending was great and brought everything together perfectly.

The book had a few things that took away from the story overall. First, the characters were all a bit stereotypical, especially the other employees at the Grove psychiatric facility. Second, it is a pet peeve of mine when an author throws in ominous sentences at the end of chapters to hint at things to happen later, and this author did that quite a bit. Lastly, there were a ton of loose ends, and things added into the story that were probably there to try and throw the reader off, but ended up leaving me frustrated when they were never addressed.

“But that’s what Alicia did for you. Her silence was like a mirror—reflecting yourself back at you. And it was often an ugly sight.”

Overall, I enjoyed this book for what it was and read the whole thing in less than a day. The slow drip of revelations and information was addicting, and I had a hard time putting this one down. I was impressed to find out that this is the first novel by this author, and am looking forward to enjoying any novels he may write in the future.