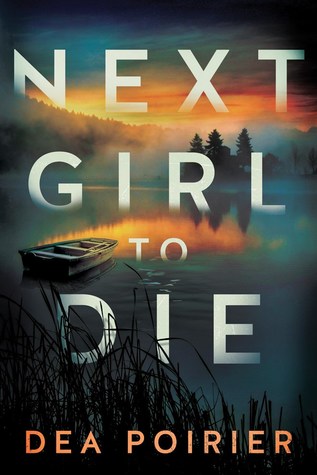 I was hesitant to pick this book up because it seemed to follow the basic premise of a lot of the books in this genre: detective that left home to escape a dark past gets dragged back to their hometown and has to face the things they ran from while also solving the present day mystery. Same old tale told a thousand times. But his book had plenty of good reviews, and it’s the first in a series, so I decided to give it a go.

“‘I know this could be painful for you—given your history. But maybe this could help you get some closure.’ I want to laugh at that. Closure is a goddamn fairy tale. There’s no closure when your sister is murdered.”

While the overall plot was a bit cookie cutter, I did enjoy this novel, and made it through the story very quickly. Claire is likeable as a main character, there is a love interest that doesn’t overwhelm the plot, and there are just enough suspects and people involved for more than one outcome to be possible- without becoming unbelievable or ridiculous. The final reveal was expected but done well, and I didn’t have any problems with how things played out, other than how short the final confrontation was. There was always something going on in the plot, and I never found myself bored with the investigation or the plot dragging at all.

There were some small inconsistencies that bothered me, but they weren’t anything that broke the narrative. A couple of times characters knew things that were never told to them (Noah knowing about who the boat blood belonged to without being told, Claire knowing that a body that was found was a female without being told/seeing it yet), and some things were never followed up on; at one point something happens to Claire’s car and she takes it to the shop, but is then driving it not much later without ever having picked it back up from the mechanic. Like I said, small stuff, but I get distracted when things are out of place like that- especially with a mystery novel where you’re paying attention to every little detail. A lot of the filler details are left out and we don’t get information that I felt was warranted. I had to reread some sections thinking that I missed something. For example, there is a scene where Clare is on her porch talking with Noah, and a second later they are walking up to the police station, with no segue or indication that they ever left the porch. There was also some larger things towards the end, but that gets into spoiler territory and I’m not going to get into it. These plot holes took away from the overall story, but I was able to overlook them and enjoyed the story as long as I didn’t nit-pick things too much. Hopefully as the series continues the author will get better at being consistent and including details that keep things clear for the reader.

I loved how Claire stood up for herself in her professional and personal life while still being down to earth; her character was very self-aware and her decisions all made sense. I definitely think that one of the main reasons I’ll be continuing this series is because of how much I like Claire. I want to see where she goes from here, and what ends up happening in her career and her relationship with Noah. The end of this novel was a bit of a setup for the next installment, and I plan on moving right on to the next book. This was a strong start to the series, and I’m looking forward to seeing where the author takes us next.