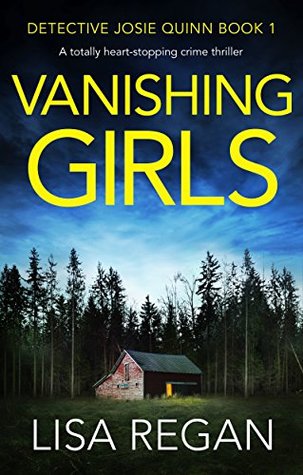 Something that stood out with this book from the beginning is that it didn’t follow the formula of every other detective story. Things didn’t happen in the order you’d expect, and that helped to keep the story fresh. Of course, Josie being on leave from the force added something different from the start, but there were other things that helped make this book different as well. The climax happened early enough that we were given plenty of follow up on the fallout, and major events were spread out over the course of the novel instead of all being clustered together. I found myself really liking Josie, even though she was rough around the edges and did some things I didn’t agree with. She’s more complex than the generic mystery heroine we’re usually given, and breaks out of that mold in ways that never come off as feeling cliche.

Pros:
– super short chapters that are easy to breeze through
– relatable and interesting main character, unexpected turns in the story, enough going on that things were never slow

Cons:
–  seemed too convenient that Josie always ends up where the action is, the events that occur are so big they’re almost hard to believe

This book has a little bit of everything; there are funny moments, super creepy moments, emotional moments, and plenty of things that were unexpected. I was interested in the story from the start, but I was totally hooked by the 1/3 mark. The mystery is engaging, the story isn’t full of red herrings, and the author doesn’t drop a bunch of hints in the beginning that give everything away too early. I’ve read too many mysteries where the outcome is obvious because of “hints” the author plants, and this wasn’t one of those. The book has tiny clues that make sense when you look back, and that all add up to support the explanation when everything is revealed.

“You can’t always be all roses and sweetness,” she had always told Josie. “That don’t get shit done.”

I had a couple small issues with the story. The first was that Josie always conveniently ended up where the main action was happening even though she was suspended from the force. She just happened to be at a gas station when a major event occurs- same with the nursing home, and the hospital, etc. The second issue was that this story squeezes in a lot of major events and revelations, and sometimes I find it hard to suspend my disbelief when a story has too much happen in a very short time. Would all this really go down in a couple of weeks in a small town? Maybe. I don’t want to go into any spoilers, but I found it a little hard to convince myself that it was a believable scenario for everything to play out the way it did. In the words of Josie Quinn, “If I wasn’t living it, I wouldn’t believe it”. With that being said, a lot changed from the beginning of the story to the end, and I think that will set the rest of the series off in an enjoyable direction.

“You think I can just forget about this? Stop asking questions and go back to my life like normal? What about the next time a teenage girl goes missing? I’m not backing away from this.”

There is some drama going on in Josie’s life, but it doesn’t feel like fluff, and I found myself invested in her life and her relationships just as much as the main storyline. Josie’s personal and professional life overlapped quite a bit, and that aspect added to the appeal of the story. Josie has a lot in her past that is touched upon briefly, and I can see room for a lot of character development from her as she works through these things in tandem with what’s currently going on in her life. I’m looking forward to continuing this series, especially because it seems like each book will contain a quality story, while also being something you can read in less than a day.